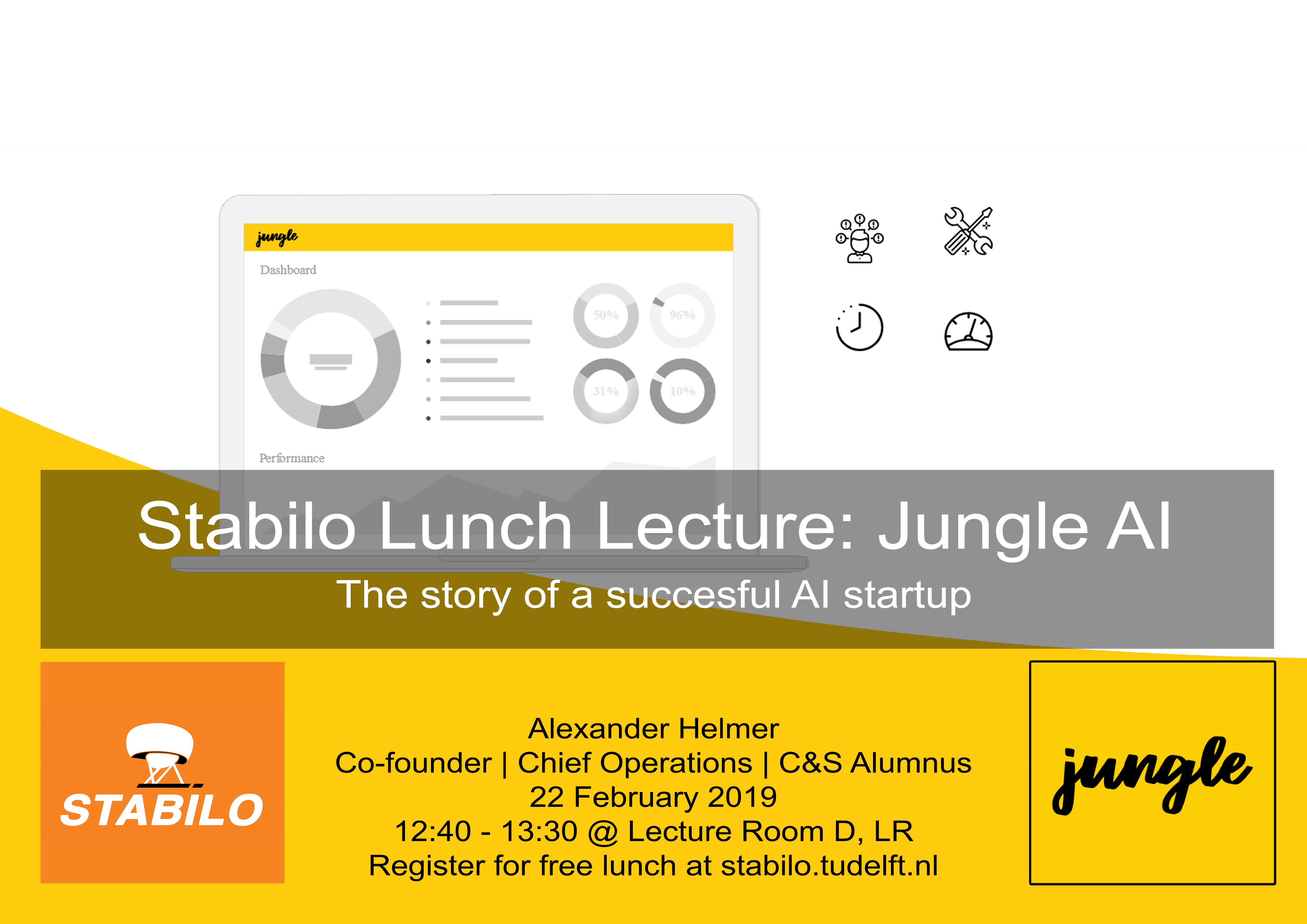 You are invited to attend the Lunch Lecture from Jungle AI, presented by co-founder and alumnus of C&S Alexander Helmer.

About Jungle AI and Alexander:

The Dutch-Portuguese Jungle is a young and fast-growing company that operates at the intersection of machine learning and large scale computing. We help some of the world’s largest entities understand their ever-expanding data jungles by predicting what will happen in the future and why. Although only two years old, Jungle is solving several industry-wide challenges in the Energy and Heavy Industry sectors. Knowing exactly when and why your wind turbine will fail, how to extend the life-time of your power transformer, or how to prevent expensive production anomalies; it can all be found in data, as long as you have the right tools and know where to look!

After being introduced to the basics of Machine Learning through various C&S courses, Alexander gained experience in applied Machine Learning at Google in California. Whilst writing his MSc thesis on reinforcement learning for autonomous quad-rotor control, he co-founded Jungle AI together with two friends. Early 2017 they moved the company from Delft to Lisbon, Portugal, where it grew from 3 to 24 people in under two years. Alexander is responsible for running Operations at Jungle, allowing him to work on in-depth engineering problems as well as higher-level topics, such as hiring great people and growing company culture.

During the lunch talk, Alexander will touch on how Jungle came into being, which challenges they are solving, which technologies they use and how the company established itself in a competitive and (over?!) hyped field.

Hopefully see you all on February 22nd!